Chelated micronutrients are widely used in agriculture and are strongly promoted by the fertilizer industry. Exactly what are they and why should they be used?

The word chelate is derived from the Greek word for “claw”. In fertilizer technology, it refers to inorganic nutrients that are enclosed by an organic molecule. The example below shows how a nutrient such as iron combines with the chemical EDTA to form a chelate.

The EDTA surrounds the inorganic iron and forms weak bonds with it, effectively giving the nutrient an organic coating. A chelate is also called a “complex” in other areas of chemistry but this term is not usually used in the fertilizer industry.

Chelates are useful for micronutrients applied to alkaline soils. Iron, manganese, zinc and copper react with the ions found at high pH to form insoluble substances. As a result, the nutrients are made unavailable to plants. The organic coating in the chelate prevents these reactions from occurring in the soil. The plant roots take up the chelated nutrient and the chelate releases the nutrient within the plant.

Chelated nutrients are also useful for foliar application. Plant leaves have a waxy coating that prevents them from drying. The wax repels water and inorganic substances making it difficult for inorganic nutrients to penetrate into the leaf. However, organic molecules can penetrate the wax.

The organic coating around the chelated nutrient allows it to penetrate through the wax into the leaf. Once in the leaf, the chelate releases the nutrient so that it can be used by the plant.

The bond between the organic chemical and the inorganic nutrient must be strong enough to protect the nutrient, but must be weak enough to release the
nutrient once it gets into the plant. Also, the chelating agent must not be harmful to plants.

Several organic substances (chelating agents) are used to produce chelates. EDTA is the most common synthetic chelating agent and is used for both soil and foliar applied nutrients. DTPA is used mainly for chelates applied to alkaline soils. It is more effective than EDTA but is usually more expensive. Iron chelates made with HEDTA and EDDHA are the most effective iron fertilizers on high pH soils but are also the most expensive.

There are a number of natural products used as chelating agents. Lignosulfonates, phenols and polyflavinoid chelates are produced using fermented by-products mainly from the wood pulp industry. Citric acid and other organic acids are also used .

There is considerable debate over which chelating agents are the most costeffective,but remember that whichever chelate you choose, it must contain the nutrients that your plants need. 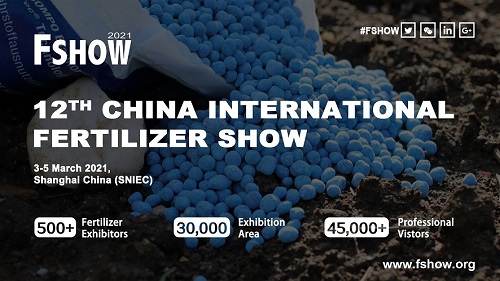 Previous： What is Superphosphate and How to Use It

Next： Detailed China import and export data of chemical fertilizer from January to June 2020!