Humic acid is a complex mixture in which there can be small, large and polydisperse molecules formed and accumulated through the decomposition and transformation of microorganisms and a series of geochemical reactions. Humic acid has been widely used in the agricultural industry for a long time and one of the key utilisations of humic acid is in soil improvement.

The presence of colloidal substances in humic acid can form a flocculent gel with the calcium in the soil to improve the soil aggregate structure, adjust the soil’s water retention, fertilizer retention and aeration conditions, thereby improving the adsorption and exchange capacity of the soil. It can also adjust the pH of the soil to make the soil reach an acid-base balance. So the soil with enriched humic acid is very good for growing crops and supplying additional humic acid into degenerated soil could dramatically improve plant growth capability and soil fertility. Humic acid can also have a significant effect in terms of improving drought resilience and cold stress tolerance of crops. There are several reports about reducing drought or cold damages when corn plants are treated with 500ppm humic acid. In terms of crop growth, humic acid has a specific activation effect, increasing the enzyme activity in plants and promoting metabolic activities, so that plant roots are developed and plant growth is promoted. For pesticides, humic acid not only has the basic conditions suitable for the polymerization of pesticides and polymer pesticides, but also has the characteristics of nontoxic, odourless, and pollution-free that other polymer substances or general pesticide synergists cannot fully possess. Humic acid has also been used for the remediation of contaminated soil. Besides applications in agricultural fields, humic acid also has a wide range of application prospects in the animal feeding business, medicine field and waste water treatment. Humic acid is often found in rotting vegetable matter and can be detected in an ordinary compost pit in a home garden. Humic acid is also found in the brown organic matter of variety soil, as well as in peats, manure, lignite, leonardite and brown coal.

Coal is the main energy source of China and the reserves of lowrank coal resources are particularly abundant. They all contain a lot of regeneration humic acids and many kinds of active oxygen functional groups, such as carboxylic, phenolic hydroxyl, quinonoids base, and alcohols hydroxyl. Therefore, it is practical to extract products such as humic acids from weathered coal. Humic acid production in China mainly comes from alkaline extraction from low rank coal at elevated temperature. However, this kind of production procedure has generated a mass of hazardous waste and caused lots of environmental problems. As tougher government policy is implemented in China, many HA business related companies or factories are facing tremendous pressure to implement additional measures to reduce the adverse effects from traditional alkaline extraction protocol. Some small companies have been forced to close due to mounting costs. The remaining companies are seeking alternative procedure for HA production. It has been known for quite some time for microbes to ferment in low ranking coal to produce humic acids. Based on public reports, two kinds of fermentation including liquid and solid fermentation have been used to generate humic acids through microbes co-culturing with brown coal combined with microbial nutrients. However, one of big disadvantages in using microbes to produce humic acids is their relatively low conversion efficiency compared with harsh alkaline extraction method (less than 10%, compared with 90%). The high market price for bio-humic acid means it cannot easily compete with alkaline extracted humic acids even though it has so many good characteristics such as good solubility at natural pH and is an environment friendly product. Therefore, the key factor in making fermented acids successfully in commercial terms is to increase the conversion efficiency for brown coal to produce humic acids.

In 2020, Monband collaborated with Dr. Kang Yaowei, an expert of plant rhizobia and microbial fertilizer, to screen a strain or a group of microorganisms with the capability to generate humic acid through fermenting together with low-rank coal. Over 10,000 microbial isolates have been screened for their bioactivities to convert lowrank coal into humic acids from various soil samples and coal samples collected from more than 25 Chinese provinces. Enriching screening procedure was used in the first place to amplify targeted microbes with ability to convert low rank coal into humic acid and then a more target-directed approach was employed to identify those microbial isolates with capabilities to produce lignin peroxidase, Mndependent peroxidase, or laccase since those enzymes were reported to be involved in converting low rank coal into humic acid. More than 100 strains with a bioactivity of humic acid production from low rank coal have been identified. Those target isolates were further evaluated for their humic acid conversion rate, PGPR activity on corn seed germination and seedling, activities toward to plant pathogens, and fermentation potential on mass production. Several elite isolates were chosen for a large-scale test.

The R&D team constantly revises and optimizes the fermentation formula through repeated experiments on the ratio of different raw materials and the amount of supplements. As a result, significant progress has been made in terms of increasing humic acid conversion rate. At neutral pH, water soluble amount of humic acid recovered from this procedure can reach up to 40% of alkaline extraction protocol at pH12. This is very significant achievement since more than 90% humic acid produced through alkaline extraction will precipitate out from the solution after its pH is reduced to neutral from 12. This also suggests that humic acid produced through bio-fermentation is different from traditional humic acid generated from alkaline extraction protocol in terms of their chemical property, physical property and even their biological property.

The R&D team have conducted series of experimental tests and the results from those experiments proved that humic acid produced through microbial fermentation procedure did have a quite few advantages over humic acid produced with alkaline procedure. Those advantages are summarized here: 1. Better solubility at neutral pH: the fermented humic acid solution is uniform without obvious particles, while the alkaline humic acid has a large number of obvious particles (see figure 2). The solubility of fermented humic acid is significantly better than that of alkaline humic acid when the pH is neutral. In this way, fermented humic acid effectively avoids the limitations of alkaline humic acid in agricultural applications, and can be used with fertilizers, and will not affect plants due to elevated pH. At the same time, when the pH is neutral - it will not reduce its bioactivity due to the low solubility. 2. There are many beneficial biostimulants (MBT) in the solution besides humic acids: the result from liquid chromatography-mass spectrometry (LC-MS) analysis demonstrated that multiple biostimulants were present in fermented humic acid solution besides humic acids and those molecules included biostimulant molecules, molecules involved in signal transduction, amino acids and molecules involved in plant stress tolerance, which are not available in the alkaline extracted humic acid solution. 3. Better bioactivity towards stimulating plant growth: the fermentation humic acid was compared with alkaline extracted humic acid in terms of stimulating corn growth where their humic acid concentration was adjusted to be the same. The results (see figure 1) clearly showed that bioactivity of humic acids from fermentation made was much better than alkaline extracted humic acids in terms of corn plant growth. This result was also confirmed by dry weight of the corn plants after harvest. Studies have shown that fermented humic acid plays a huge role in agriculture. In the follow-up, the R&D team will focus on the development of functional fertilizers that meet the growth needs of different crops through cooperation with other raw materials. 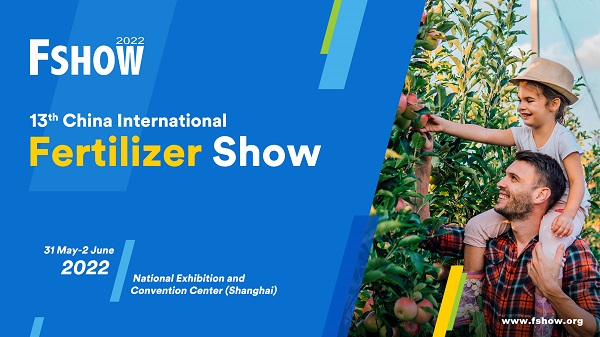